Washington Abandons Arizona to the Cartels

Arizona is in the middle of a war with the Cartels.

The Cartels are becoming more bold and brazen, unafraid of justice and the rule of law because Washington has abandoned us and left Arizonans to defend ourselves. 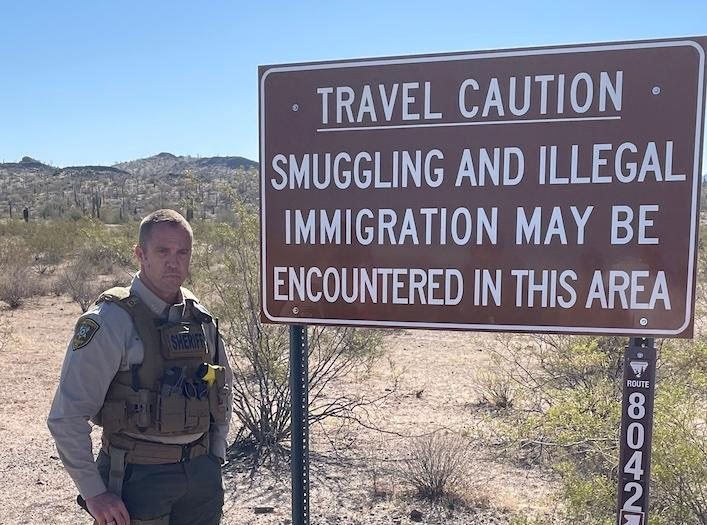 Speaking to the migrants in the queue waiting to be processed, I heard them describe seeing TV ads in far away countries from the Cartels selling entrance into America. I talked to a man from the Caucuses in Central Asia who saw the Cartels’ ad and took the long trip to Mexico to cross the border at Yuma. But that’s just the beginning of the crisis.

These migrants are the Cartel’s indentured servants. The Cartels monitor these migrants and because they “owe” them for getting them across the border. The Cartels control where they work and threaten violence to the migrants’ families who haven’t made it to America to keep them in line.

However, Yuma is just a distraction for the Cartels who are using our resources so they can traffic more people and hard narcotics through Pima and Pinal Counties. Pima County is where most of the violent crime in Arizona is happening. If we do nothing and let the Biden administration hand Arizona over to the Cartels, this horrific violence will continue and will threaten the integrity of Arizona and the United States. Thankfully – there are solutions.

Ironically, all we have to do is look at California. Though the Golden State’s politicians blast us with lies that the border is not in a crisis, California has a border wall — and it works! Yuma is the place to cross the border openly because California is locked down from mass-migration. A border wall is just the start.

We need to hit the Cartels up and down the border with well-trained, properly equipped, and cross-agency coordinated law enforcement agents. That’s where we in the legislature can come through most for Arizonans. I will fight to increase our law enforcement and border agents’ resources and numbers and support building our own border wall.